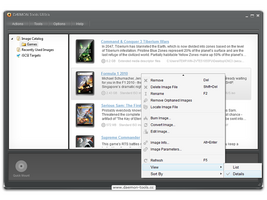 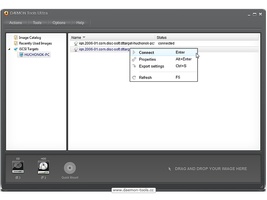 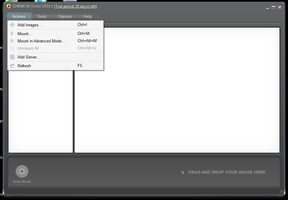 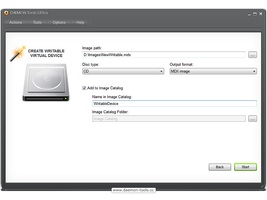 Advertisement
DAEMON Tools Ultra is an advanced version of the classic DAEMON Tools that offers added features from the Pro version, as well as a more intuitive design. Those who use the application daily will find it easier to use, while those whose are new to it can adapt more quickly.

The biggest novelty in DAEMON Tools Ultra is the way disc images are mounted: now you just have to click and drag files, and they'll be created automatically. This way, you'll avoid having to create virtual discs, which for many people involves extra hassle.

The application supports Mdx, Mds, Mdf, Iso, B5t, B6T, Bwt, Ccd, Cdi, Bin, Cue, Mono, Cue, Flac, Cue, Nrg, and Isz. It can also create CD, DVD, and Blu-ray images; divide them over several files; and protect them with a password. This new version also supports VHD, a virtual hard drive format that can be used with tools such as VirtualBox or VMWare, and that lets you move drives as if they were files, making it much easier to move around large amounts of information or do backups.

DAEMON Tools Ultra incorporates other simple features as well, like creating bootable USB drives with just a few clicks, and viewing all your disc images in a catalogue, with additional information about each one extracted automatically from the Internet.
Translated by Rodrigo Bustamante
Advertisement